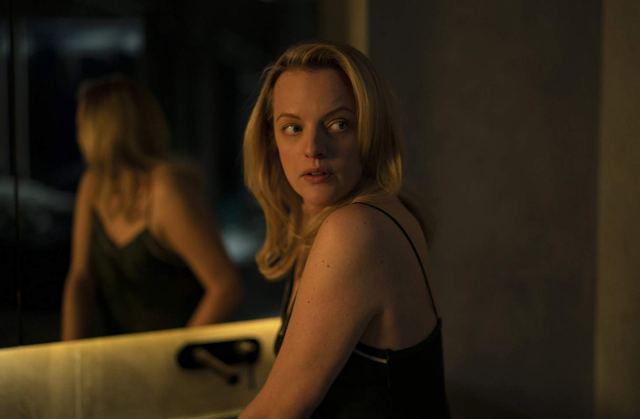 HG Wells’s The Invisible Man has always been a story with limitless potential. The novel mixes a bemused comedic spirit (courtesy of some of the people who encounter the title character) and a palpable fear of its central scientist whose trying to make himself visible again. The result is a story that’s a metaphor for the dehumanisation of man after no longer being seen by anyone, and having the freedom to carry out any crime.

Leigh Whannell’s (of Saw and Insidious fame) retelling is an effective exercise in gaslighting and distillation of the horror genre. The new adaptation is about Cecilia Kass (Elizabeth Moss) who escapes from an abusive partner, Adrian Griffin, whose a talented scientist in the field of optics. However, one day, he seemingly appears to have committed suicide. Initially relieved and hoping to get her life back on track, Kass is horrified to find that her abusive ex-boyfriend may be alive (after some uncanny signs of his whereabouts begin to resurface).

In other cinematic adaptations, the audience is always made to revel in the title character’s antics, whether its Claude Rains’s gleeful display of his abilities in the Universal Monster movie (1933) or Paul Verhoeven’s sleazy and complicit camera moves in Hollow Man. In contrast, Whannell makes us fear Griffin with a considerable amount of economy and smart choices.

The opening sequence depicts Cecilia’s escape from Griffin’s island home. Set to the central sound of thrashing waves and filmed with patient long shots: the prolonged scene is a nerve-shattering experience, illustrating the title character’s considerable power and influence over the central heroine.

Whannell dims the focus of Griffin and the ethical implications of his scientific discovery in favour of the effect he has on others. By doing this, the story becomes a fascinating metaphor for gaslighting as Cecilia’s life is disoriented due to Griffin’s reappearances after his death. The film’s most horrific moments are the nails being hammered on the coffin of Cecilia’s sanity, often making her feel weak and distraught. At the same time, invisibility becomes a stand-in for abusive relationships.

It’s wielded to separate Cecilia from her friends and family. It also illustrates how you can lose a sense of self in a relationship because of the control the dominating partner has over you. But above all, the invisibility carries weight in showing the hard truth of domestic abuse and how it’s largely unseen by society, much like many of Cecilia’s experiences in the film.

Elizabeth Moss delivers on the promise of her brief appearance in Jordon Peele’s Us with a captivating central performance. Aside from portraying fragility with believability: Moss’s most striking moments are the extended monologues that have her questioning why Griffin is after her. They illustrate the character’s vulnerability and resilience as well as Moss’ uncanny ability to switch between both emotional states.

Despite the film’s subject matter, Whannell offsets this with playful direction. Many of the sequences end up being upmarket variants of Paranormal Activity’s patiently composed single-take shots. Consequently, the audience is actively engaged in finding things amiss with the surroundings. In his best moments, Whannell plays the audience like a piano by cinematically building up to big scares and deflating them with amusing imagery. A smash cut to a plate of breakfast after night time terrors is a particular highlight.

The Invisible Man is a fresh and engrossing interpretation of a beloved story. It’s made by someone who understands the genre’s blurred lines between horror and comedy as well as the victim and killer vantage points. The fact that it’s never satisfied with indulging in one of these exclusively is remarkable. But it’s even more commendable for illustrating the genre’s ability to depict fears that go unseen in real life.

Notes from a distant observer: “Sartaj is a very eccentric fellow with a penchant for hats. He likes watching films and writes about them in great analytical detail. He has an MA degree in Philosophy and has been known to wear Mickey Mouse ears on his birthday.”
View all posts by Sartaj Govind Singh →
This entry was posted in 2020, 2020 Films, Review, Reviews and tagged Cinema, Elizabeth Moss, film, film review, HG Wells, horror, Horror Movie, Leigh Whannell, movie, Movie review, movies, The Invisible Man. Bookmark the permalink.