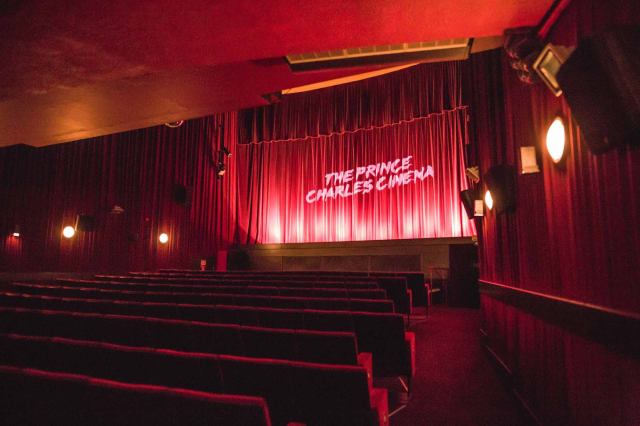 Cinemas are still unfortunately closed due to the COVID-19 pandemic. But the memories of how our movie outings have moved us, thrilled us and in some rare instances- changed our lives, still linger. As we reflect fondly on our most memorable moviegoing experiences, we can only hope that one day soon (when it’s safe), we will be sitting in a dark room to see the silver screen play its grand tune again. What are some of your most memorable moviegoing experiences? Let me know in the comments below.

Before I reveal my top five, I’d like to dedicate this post to my late Grandfather who sadly passed away last week. He was a kind, informative and gentle man. In his 100 year old life, he saw things that could easily fill the length of a movie trilogy. I never got to know him as much as I wanted and wish that we had shared the experience of seeing a movie together.

From seeing A New Hope in concert at the Royal Albert Hall to my bittersweet IMAX screening of The Rise of Skywalker: the Star Wars franchise has always held some of my most memorable instances of going to the movies. However, my third viewing of Solo: A Star Wars Story stands out for a very personal reason. My father has never liked Star Wars or space faring entertainment for that matter. So, when I dragged him and my family to see Solo, I was expecting a typical crossed armed and eye rolling reaction. However, much to my surprise, he quite liked the film.

In a moment that’s been burnt into my memory with the semi permanence of a tattoo: my Dad and I locked eyes in the lobby after the film, he simply smiled like a joyful child and said “I actually enjoyed that.”

As you grow older, it’s sometimes hard to see eye to eye with your parents. But in that one moment, I felt as though an essential bridge had been crossed. My Dad in some small way had come to appreciate something I had loved for a long time. The fact that Star Wars is about familial ties and the family that can emerge from disparate people uniting made the experience even more meaningful.

Oh boy! Where do I start with Suspiria? The beginning is as a good place as any. Few films in my adult life have caused as much feverish excitement then Luca Guadagnino’s Suspiria remake. I was lucky to get a ticket to an advanced screening at the prestigious Picturehouse Central in London. Before the film started, I met and became friendly with a die hard Dario Argento fan, whose post screening opinion I was eager to hear.

Watching the film was like experiencing a vivid and confounding nightmare in real time. I was consistently curious and on edge. The audience reaction was also memorable: a mixture of horrified utterances with mutterings of boredom and disbelief. And those were just from the two seats beside me. There were palpable screams elsewhere. In those moments, it was though some of the people in attendance had morphed into cats who had jumped up a tree in fright.

When the film ended, I felt conflicted. On the one hand, I was terrified as though I had gone through a traumatic incident that I did not want to experience again. On the other hand, I did not have an immediate view of the film and knew it needed a lot of consideration. In a rare moment of being burdened, I felt daunted at writing a review. In fact, as I was leaving the auditorium, I turned to the Argento fan and exclaimed- I have to write about this tomorrow. Amusingly, someone from behind me replied- “No you don’t.”

Soon after, the Argento fan and I exchanged views over a drink. He liked it for the most part. That was quite a useful and unique post-screening experience, (not only because the bar area made me feel as though I had entered the opening party scene from Eyes Wide Shut- with its opulent decor and bright lighting). I usually see films by myself and sit with my own thoughts long after they’re finished.

The trip home was scary. The omnipresence of the witches had really got under my skin and caused me to think I was being watched. At the screening, I got a free poster of one of the nightmarish images that Susie Bannion sees in the film. I remember putting it in front of me whilst writing the review as though I was indulging in a flooding treatment. That’s how much the movie had got to me. In a sense, I had to exorcise my fear of it.

Frankly, this could go on the list alone for being the longest film I’ve seen in the cinema- (330 minutes (5.5 hours), split into two 165 minutes sessions with a 40 minute interval). However, the experience was memorable for other reasons too. I had made friends with a contact I had met through covering the Russian Film Week for my blog. She offered me some additional films to watch and I could not pass this one up at all. It was a rare privilege to be on a guest list and have a free ticket with my name on it. It was also an honour to see a pre-recorded message from Bernardo Bertolucci who introduced and briefly spoke about the film. Rare instances like that make you feel as though you’re about to see something special.

During the interval there was a full spread of traditional Italian food that had matched the big tables of feasts that had permeated the movie. However, I did not indulge in them. Instead, I was sat on the steps leading to the bar like an unassuming ghostly presence. I used the time to frantically jot down all my thoughts in a notepad because this was a film that was making my mind race like a vintage clock on speed.

No cinematic experience has ever made me feel less like a stranger. I did not know anybody at this screening and at times felt like I had entered a different country entirely. At the same time, I’ve never felt as determined in trying to get a sense of how a movie had struck me. Although, in retrospect, I probably should have exchanged some small talk over a slice of olive bread.

At this point in my life, I had just moved to London to study Philosophy at University. The Prince Charles Cinema in Leicester Square had become this new haven for me to indulge in new movie experiences. I started getting into silent cinema through the German Expressionist era (via films such as the Cabinet of Dr Caligari and Metropolis). Piccadilly was the first non German silent film that I had seen. It had completely transformed my perception of the sub-genre. Instead of surreal dreamlike backdrops and haunting imagery, it favoured the power of human emotion and a real sense of place. German Expressionism got me interested in silent cinema but Piccadilly made me fall in love with it.

My advanced screening of The Dark Knight was life changing in all senses of the phrase. Not only was I treated to a sheer genre defying spectacle but also to an emotionally draining and intellectually stimulating film. My first viewing of the film also left me with several things to contend with. I did not know quite how to feel about Heath Ledger’s Joker. I was also asking myself- what was the film truly about? In addition to, what was the meaning of the Ferry experiment in relation to the rest of the film?

For the first time, I had been able to drown out all the hype and just focus on untangling my thoughts about the experience. While I did not write a review for The Dark Knight at the time or since, the film was a crucial stepping stone in my development. I was no longer satisfied with letting a movie wash over me. Instead, I started thinking about them thoughtfully. Quite simply, The Dark Knight had led me to my love of writing about movies.

Notes from a distant observer: “Sartaj is a very eccentric fellow with a penchant for hats. He likes watching films and writes about them in great analytical detail. He has an MA degree in Philosophy and has been known to wear Mickey Mouse ears on his birthday.”
View all posts by Sartaj Govind Singh →
This entry was posted in 2020, Editorials and tagged Art, Blog, blogging, Cinema, Entertainment, film, films, life, lifestyle, movie, movies, Writing. Bookmark the permalink.