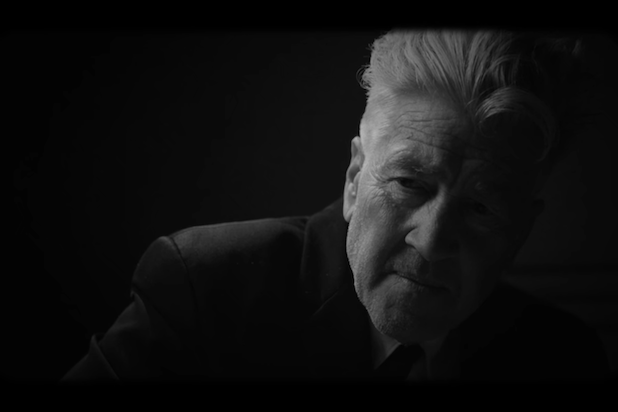 David Lynch’s birthday came with a surprise short film that was released on Netflix. Written, edited, directed and starring the famed American filmmaker: the short takes place within a train station that has been placed under lockdown. Lynch plays a detective who is questioning a suspect involved with the murder of Max Clegg. The twist is that he’s interrogating an angst- ridden monkey. The short film is a peculiar and often hilarious distillation of Lynch’s surreal style.

Lynch’s extensive short film work has ranged from being extensions of his paintings to short documentaries. What Did Jack Do? falls in the middle as an off-beat tribute to Film Noir. Lynch plays the detective with the earnest commitment of a no-nonsense individual, who occasionally interjects with some colourful remarks. These instances such as an early moment where Santa Claus is referenced show that Lynch is in on the joke and is being playful with the material. If the short does anything, then it proves how much of a skilled comic actor Lynch can be (with some great timing and line readings).

As for the monkey (Capuchin for those keeping score at home), he impresses with some quite versatile facial expressions, particularly when expressing sadness. The voice actor for the character particularly strikes a chord with his deliberately slow line readings.

Rather then rely on pristine black and white imagery, Lynch’s use of the technique feels like a throwback to his older work, (particularly Eraserhead with its strong use of blacks). It also has the quality of early horror films where you could see the lines and distortions on the film print, giving them a quality of an unreal dream unfolding before your eyes. Lynch compounds this with a soundscape made up of eerie static sounds and roaring trains.

The musical sequence with Jack plays on Lynch’s visual motif of stage performance with its frequent use of superimposed spotlights. It reminded me of the opening title credits for King Kong (1933). Therein lies the appeals of the short film, the moment to moment weirdness, purely cinematic in its technical homages and spirit. It’s an absurdist riff on genre fare, usually dressed in murky morality and dread. Perhaps, that’s Lynch’s point. As you become older, you start to see the inherent comedy in material you’ve loved for so long. It’s no longer precious but deflated and amusing.

Notes from a distant observer: “Sartaj is a very eccentric fellow with a penchant for hats. He likes watching films and writes about them in great analytical detail. He has an MA degree in Philosophy and has been known to wear Mickey Mouse ears on his birthday.”
View all posts by Sartaj Govind Singh →
This entry was posted in 2020, 2020 Films, Brief Consideration, Brief Considerations and tagged American, birthday, blogging, Cinema, David Lynch, film, films, monkey, movie, movies, Musical, short. Bookmark the permalink.