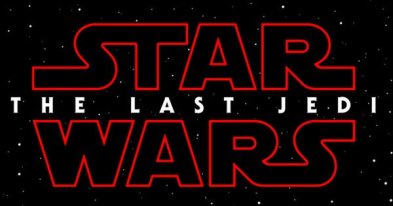 The Last Jedi, which is the title for the upcoming eighth instalment in the Star Wars saga signifies a bold jolt in audience expectation for the December 2017 release. Firstly, it breaks the tradition of the title for second movies in the trilogies referring to military actions- Empire Strikes Back and Attack of the Clones. Instead, the three-word title sharpens its focus on the nearly extinct light side of the force. Grammatically, the word Jedi has been simultaneously used as plural and singular as a quote from Episode II attests “You must realise there aren’t enough Jedi to protect the Republic. We’re keepers of the peace, not soldiers.”

The opening crawl for The Force Awakens and the following dialogue from Yoda in Return of the Jedi (“Luke, when gone am I… the last of the Jedi will you be.”) clearly alludes to The Last Jedi being Luke Skywalker. The notion is a tantalising because the events proceeding Episode VII scared Luke and it will be fascinating to see the burden he carries knowing he is indeed the last of an ancient order. Or perhaps, it could allude to Rey being the Last Jedi that will be under Luke’s tutelage. Finally, the choice of red for the outline of the Star Wars wording accentuates the urgency of the title and represents an homage to the title poster for the Revenge of the Jedi (The original name for the Episode VI before it was changed to Return of the Jedi)