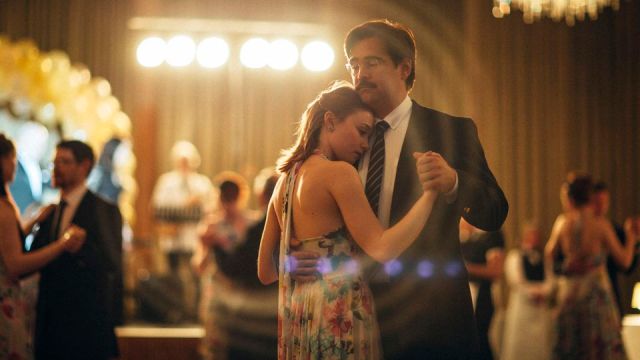 The Lobster is one of those rare films that make you want to climb the highest mountain and express your adoration for it with a fervent joyousness. It is so audacious and masterfully crafted, even a lengthy review could not begin to expound on its unique, singular vision. The picture imagines the world in amusing terms, whereby single people turn into animals if they cannot fall in love with a member of the opposite sex. Conceptually ludicrous to be sure. However, in execution, the absurdist premise is handled with a commendable dry wit. In fact, the humour becomes a constant rhythm that reinforces the absurd dystopian world.

The matter of fact narrator (Rachel Weisz) speaks of the varied people in the contained hotel (where the dating law is enforced) in a manner akin to a perceptive author. Her words paint a picture of an awkward assortment of people, whose smallest traits become defining. One such woman has frequent nose bleeds. She finds kinship with a man, who pretends to have them, by subjecting himself to continual head knocks.

There is a particually amusing scene in which this character discusses his duplicity with a man he has befriended; he asks earnestly, “What’s worse, to die of cold and hunger in the woods, to become an animal that will be killed and eaten by some larger animal or to have a nosebleed from time to time.” The question reveals the film’s exploration of sacrifice. There is a sense that in each of the human relationships, something is at stake and fundamentally lost.

In the hotel system, happiness is sacrificed due to desperation becoming the underlying emotion that motivates the single people to find a mate. In the Loner culture, romantic relationships are sacrificed for a life of solitude. And in the final moments, the idea of sacrifice is potently presented, as a genuine act of faith and love, so that one man can show commitment to the woman he adores.

Finally, The Lobster’s droll portrait of dystopia is accentuated by the filmmaking. One sequence feels like it is channelling the frantic mad capped violence in Battle Royale because of a series of slow motion shots. A particularly striking moment depicts the multiple hotel singletons running into the woods with their guns drawn in the midst of a mildly sunny day.

In keeping with the film’s counter-intuitive premise, the unusual uses of the camera linger. For example, the grizzly opening sequence is seen through a car’s windshield screen as a static camera is employed, and the windscreen wipers remove traces of rain in real time. In the second act, there is a small moment where the camera is focusing on a meeting in the hotel manager’s office. The shot has a refracted distortion, resulting in some of the characters being bathed in a warm heavenly glow.

The directorial choices serve to emphasise the film’s disorientating view of human relationships. To an outsider, they are seemingly ordinary. However, to the perceptive observer, they prove to be far more strange, elusive and amusing.