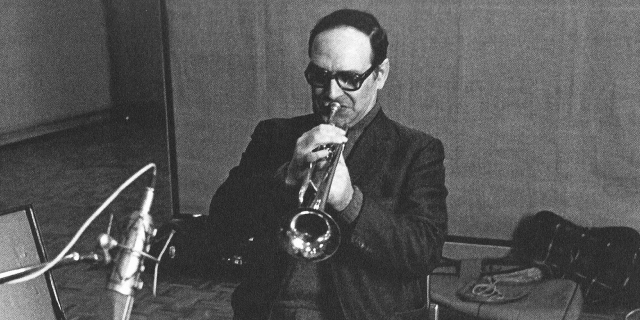 I honestly could not let the week slip away without paying tribute to Ennio Morricone. My introduction to the Italian maestro was at a pub lunch in 2014. A friend of mine was writing a list of essential movies to watch. Much to my shame, when he mentioned the composer, there were crickets coming from my direction. I had no idea who he was.

Even now, I feel as though I don’t know enough of his work as I ought to. However, from the small sample of his music that I’ve come across, they’ve been quite powerful experiences. They transcended film music and became meaningful pieces of art that profoundly spoke to me. I have a long way to go in appreciating Morricone’s extensive body of work. But, I hope that this is a meaningful placeholder before I make that journey.

In Quentin Tarantino’s eclectic soundtrack choices, some of Morricone’s music has made the cut (memorably in Death Proof and Django Unchained). However, the Hateful Eight represented Tarantino’s full embrace of a symphonic score (along with a dash of horror reference music). The result is a fascinating Morricone score that represents the composer’s return to the Western in over 30 years. The Oscar winning score is an exercise in foreboding atmosphere with some of the instrumentation giving the impression of a persistent ticking clock. It’s also a very controlled score, much like a carefully constructed campfire story, where the attentive listener waits for the horror to unfold.

At the same time, there’s something classic about it too. Matching Tarantino’s desire for the film to match the scope of a vintage epic, Morricone composed an Overture for the film. The result is something quite intimate as opposed to sweeping. There’s a persistent motif of something that sounds like a child’s music box. It’s akin to innocence itself. Slowly, it gets engulfed by the cynicism of the world until it’s drowned out and fundamentally changed at the end of the track. Pieces like this reinforce Morricone’s deft ability to still be able to contribute to a genre he’s fundamentally shaped with his music.

Morricone’s score for Once Upon a Time in America has some of the most thoughtful music that I’ve ever heard. The main theme expresses regret and age with such clarity that it seeps into your soul. Deborah’s theme is tinged with melancholy as though the main character Noodles is reflecting on his inability to have her. The female choral work in the track is particularly striking, evoking something quite beautiful, innocent and sad in equal measures.

At the same time, Morricone’s music reflects how our own perception affects how we remember things. So, later in the score, there’s a much more romantic and luscious rendition of Deborah’s theme, reflecting Noodle’s memories of their courting days. The score also features some interesting instrumentation.

Morricone hired the Hungarian musician- Gheorghe Zamfir for the pan flutes sections (particularly in the track- “Cockeye’s song”) And the track- “Prohibition Dirge” is a fun Jazzy track that incorporates trumpets and drums. The score for the 1984 film is utterly engrossing, heartfelt and eclectic. It may also be Morricone’s most underrated film music too.

Once Upon a Time in the West is one of my all time favourite scores. It fundamentally changed the way I looked at film music. Morricone famously wrote the music before production begun, so it could be played on set. The result are sequences where the music works in tandem with the filmmaking to create sublime moments. One example is when Jill enters a station. The camera pans across to show her talking to the station master. As she leaves, the camera pans up slowly revealing the entire town as Jill is engulfed in the bustle of activity. The music goes from distant female chorals to something uplifting and sweeping. In this moment, the score represents a fulfilment of an America that Jill will preside over.

The score also blurs the line between source music and musical score with Harmonica’s theme. The lone gunslinger carries an Harmonica that he plays from time to time to signal his presence and persona. It’s heard by everyone in the story and at the same time is his central theme. Chayenne’s theme feels closest in spirit to the music that Morricone composed for the Dollars Trilogy, particularly with the use of whistles and array of instruments. Above all, the score (particularly in its main theme) has the quality that this is the last Western story that will be told, as the business man overtakes the need for the gunslinger. And in that sense, the score for West is also a fond farewell to Morricone’s musical reinvention of the genre.

Ennio Morricone composed some of cinema’s most iconic scores and music that communicated potent emotions with profound power. And like the best artists, he was also experimental and inventive.

May he rest in peace.

Notes from a distant observer: “Sartaj is a very eccentric fellow with a penchant for hats. He likes watching films and writes about them in great analytical detail. He has an MA degree in Philosophy and has been known to wear Mickey Mouse ears on his birthday.”
View all posts by Sartaj Govind Singh →
This entry was posted in 2020, Editorials, Quentin Tarantino and tagged Blog, blogging, Cinema, Ennio Morricone, film, films, life, lifestyle, movie, movies, music, Western. Bookmark the permalink.