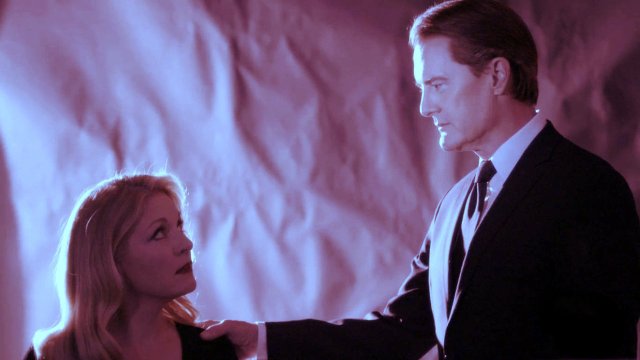 To me, David Lynch and Mark Frost’s Twin Peaks transcended the usual disposable nature of prime-time television and instead became a healing and transformative mosaic. Earlier this year, I lost a friend due to the changing nature of the relationship, and the show helped me deal with the loss. It was bewildering insofar as the person in question had not died, but no longer seeing her felt as though she had passed away.

In the immediate aftermath, it felt as though I was grappling with a strange sort of grief. The original series’ portrait of emotional anguish was bold and comforting. It illustrated that grief was not a temporary state, which could be easily extinguished, but instead, a battle that must always be fought. Though this internal strife may result in us feeling morose at times, the show through its central character reminds us of the small pleasures of life.

Special Agent Dale Cooper represents a fascinating amalgamation of the creators’ sensibilities, with a particular emphasis on Frost’s sharp rationality and Lynch’s meditative intuition. At the same time, Cooper is Sherlock Holmes with a heart. His goodness came from seeing value in every single human being and never shying away from expressing his adoration of an individual’s temperament. His character was a wonderful articulation and reminder of the milk of human kindness, which made me appreciate the sweet-natured friend I had lost even more.

If the original series was a comforting blanket for the bitter aftertaste, then the series’ third season was a lightning rod for thoughts that I only wrestled with in the dead of night. The Return was a monumentally audacious work of art. It took Twin Peaks and put it on a larger canvas that comprised of soul-wrenching and comically sly moments.

The week to week viewing experience was nourishing because it was akin to being given a puzzle and each episode represented a substantial piece. Lynch is the foremost contemporary American director who empowers the audience by inviting them to truly engage with his work. There was a distinct pleasure of working through The Return and putting its various facets within the larger context of Lynch’s cinematic oeuvre. If anything, it strongly reinforced my reason for engaging with cinema through the written word.

However, the ending of the series truly made me reflect on my life in a manner that very few films or shows have. The elusive and sheer inconclusive nature of the ending soothed desperately craved closure of past events. Moreover, like Cooper, I felt as though I had suddenly woken up and realised that years of my existence had been lost. While I still felt there were some fundamental regrets, I felt a new lease of life.

I have always felt like an old man in a young man’s body, partly due to other life events, but also because of temperament. But for the first time, The Return shook me out of this dogmatic mindset and reminded me that while the clock is ticking in a stark time, there is still plenty to look forward to and engage with. Life can still surprise you at twenty-six.

Notes from a distant observer: “Sartaj is a very eccentric fellow with a penchant for hats. He likes watching films and writes about them in great analytical detail. He has an MA degree in Philosophy and has been known to wear Mickey Mouse ears on his birthday.”
View all posts by Sartaj Govind Singh →
This entry was posted in Rare Posts and tagged Dale Cooper, David Lynch, Laura Palmer, Mark Frost, Season 3, Showtime, The Original Series, Twin Peaks. Bookmark the permalink.