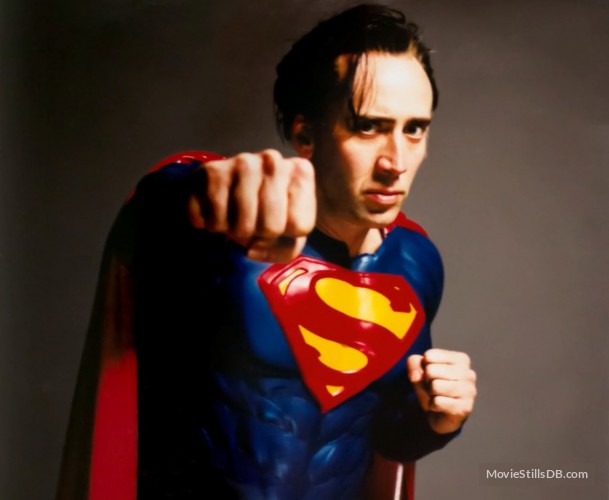 Some of the greatest stories are the ones lost to time. Consequently, the mind indulges in endless speculation into the reasoning for the failed endeavour and an acute sense of wistfulness at the absence of the narrative. One such tale in contemporary cinema is Superman Lives, a tragically forsaken effort from Tim Burton that is fascinating to consider in light of the current deluge of superhero films.

Jon Schnepp’s 2015 documentary, The Death of Superman Lives: What Happened? is a wondrous tapestry of boundless enthusiasm and imagination for the auteurist studio picture. As interpreted by Burton, Superman is the ultimate outsider who grapples with feelings of isolation and self-loathing of his plight and alien heritage. As one commentator remarks, he is a man who deep down wanted to die.

The only sense of narrative that is revealed about the film is that it was going to be based on the comic book story- “The Death of Superman.” With this in mind, the rest of the film is an informative discussion of various concepts that were being bandied about in pre-production. These are punctuated with the stunningly detailed concept art and the other primary thread of the evolution of Superman’s costume throughout the film. (Primarily shown in the behind the scenes footage of the costume tests with Nicolas Cage and Tim Burton between 1996-1998)

An assortment of these ideas include the central villain Brainiac being conceptualised as a technologically advanced Grim Reaper, his ship having the visage of a giant skull and the HR Gigar inspired Krypton that synthesises metallic and organic life. However, the most striking piece of concept art is James Carson’s cyber infused black and silver reborn costume. Not only is it striking in of itself but it is also is an updating of Burton original sketch of Superman, thus illustrating the director’s artistic sensibility being filtered in a unique manner.

The real heart of the documentary is the producer Jon Peters who looms over the making of the film like a large shadow. On the one hand; he is a buffoonish wild man whose demands varied from a giant spider to Superman not flying (apparently) interspersed between many headlocks and full-lipped kissing of the director. On the other hand, he was a tireless and passionate advocate of Burton’s vision for the picture and insightful in his recollection of the picture. A particularly candid moment is when he expresses his doubt over the box-office prospects of the film, however in the same breath expresses that the movie was worth rolling the dice over.

Peters may have finally had his dream of seeing a giant spider fully realised in the odious Wild Wild West. However, Burton’s vision of the Man of Steel is sorely missed in today’s studio driven rush of cinematic universes, and throughout its running time, The Death of Superman Live earnestly reminds the viewer why.