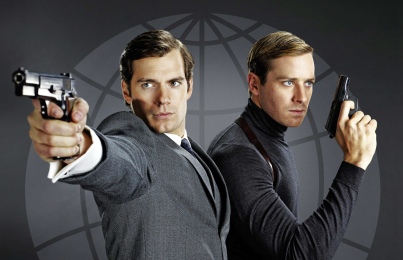 The Man from Uncle is a pure stylish exercise and embrace of the sixties spy picture that one has to admire Guy Ritchie’s directorial prowess in evoking this period. From ingenious uses of split screen to a rich colour palate, Ritchie has commendably captured the inherent exotic travelogue quality that characterised many of the spy pictures of that era. However, despite this substantial primary virtue, at the heart of the film resides a deep seeded problem. The picture is too smirky for its own good.

This aspect is most evident in the performances. Henry Cavil plays Napoleon Solo like an American, who has ingested the collective works of Roger Moore, which results in an amusing, brash and temperate performance. This fundamental problem that is centrally evident in Solo’s character nullifies any sincere attempts at drama, moments of sustained tension and Cold War intrigue. The tone is so perversive that it even seems that the historical conflict can be solved over cold glasses of beers as opposed to moments of profound trust with other nations.