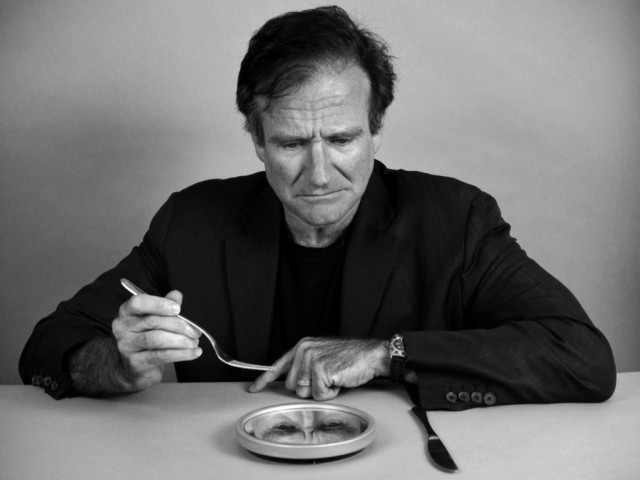 To hear the passing of Robin Williams is to me to hear the death of a titan and legend. In my short movie watching life, particularly as a child, Williams was an omnipresent figure, appearing in countless films that I had remembered more for his appearance, then the story or filmmaking. In this regard, he was like a kind and warm old uncle that one was always pleased to see. It seems a bit odd to say this given some of the films that he did do in the 1990s, with Bicentennial Man and Flubber being the most extreme examples of him suppressing his comedic instinct.

The films I remember him most for are Hook and Aladdin respectively. In the former, he played Peter Banning, a middle-aged businessman who turns out to be Peter Pan, all grown up. He returns to Neverland to save his children from Captain Hook, who still holds a grudge against him.

The picture is emblematic in showcasing the true appeal of Mr Williams. He was able to capture a true child-like glee, enthusiasm and demeanour that feels authentic and emotionally resonate. Scenes like the imaginary feast and his final fight with Hook showcased this in spades.

The latter scene, in particular, impresses because of Williams`s delicate balance between that aforementioned child-like attitude and serious side as an adult, shown through how protective he is about his children and the stern warnings he gives to Hook, towards the end of the fight. To me, his performance in Hook is his quintessential because it encapsulates his appeal.

With all that said, his vocal performance in Aladdin as “The Genie” impresses and showcases another facet of his tremendous talent. That being his incredible comedic ability. At worst you can say his vocal performance is nothing more than the producers recording one of his stand-ups, where one of the themes happened to be about Aladdin. But that reading is truly taking away Williams`s energy and seamless ability to change from one accent to another, seemingly crossing into branches of Brechtian acting and embodying the silly class clown that you remember years later.

It is a performance that I think has had a huge effect on how animated films are cast, directors going for huge name stars with tremendous energy to sell their film. Even recently with Bradley Cooper as Rocket, I was felt there were echos of Robin Williams`s Genie, in both the aspect mentioned above.

Robin Williams was a great reminder that the child in all of us could still live on, no matter how old, bitter or serious we become.